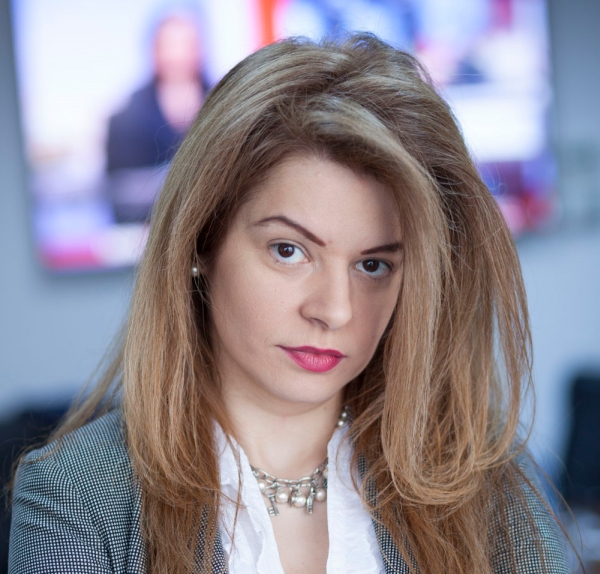 The level of financial development and intermediation is strongly associated with the real growth of GDP/capita, with the physical capital accumulation rate and with improving the efficiency with which economies make use of capital. This conclusion belongs to a survey on enhancing financial intermediation in Romania, drawn up by PricewaterhouseCoopers for the Romanian Association of Banks, survey which starts with the analysis of 80 countries for a period of 30 years, countries in which surveys have shown that financial intermediation creates the prerequisites needed for future economic growth.

Romania has made huge progress since its joining the European Union in 2007. In the 12 years elapsed under the EU umbrella, the nominal Gross Domestic Product advanced by 160%, to about €200 billion.

In Romania, GDP/capita expressed in the purchasing power standard (PPS) reached 64% of the EU average in 2018, compared to 43% in 2007, according to Eurostat. In Romania, GDP/capita amounted to €9,600 in 2017. With a speed that provides for sustainable financing, Romania can migrate toward the group of EU countries where GDP/capita tends to reach €20,000 (the Czech Republic €18,100; Estonia €18,000; Portugal €18,900; Slovenia €20,800). The Romanian banking sector’s assets grew by 80% in the last 12 years. The doubling of the Romanian banking sector’s assets happened in a context in which the European banking industry has taken a long and not-too-easy road – sometimes even a bumpy road – particularly during the crisis.

The Romanian banking sector is sound and has proven to be immune to the crisis viruses. With capitalization standing at 20% and the quick ratio standing at 37%, the main pillar of the financial industry of Romania provides more than 75% of the financing of Romania’s economy.

But, in order to assure a smooth convergence, Romania has a long road to take. Both nominal and real convergences are needed for the adoption of the single currency – the euro. For that to happen, we should fare at a speed that would allow us to obtain a convergence advantage, namely our speed should be higher than the speed of the group we have been chasing. In Romania, financial intermediation (calculated as the weight of assets against the GDP) reached 49.65%, a threshold relatively similar to the one of last year. Financial intermediation is half compared to Bulgaria (99%), Hungary (93.53%) or Poland (90%).

As weight of non-government credit against the GDP, financial intermediation is under 25%, so that Romania is under the EU average of 83%, and under the averages of the countries having emerging economies (Poland and the Czech Republic – 52%, Bulgaria 51%).

The banking sector has the capacity to support sustainable lending but we need a set of measures which must be implemented in a time horizon of 4 years at most. This decision lies in the authorities’ hands. Committing to a pro-active policy of boosting lending and the number of the people who use banking products and services leads, in time, to more economic welfare for the Romanians. As such, it could be a success story for politicians as well. They need a will agreement so that some politicians turn from being passive to being pro-active. What measures do we propose? The survey mentioned above proposes five key measures to enhance financial intermediation, namely: maintaining a stable legal framework; facilitating a better interaction between banks and customers via automation and digital technologies; enhancing financial literacy; a public Programme to support financial intermediation via guarantees and co-financing; and stimulating investments.

In Romania, the legal framework relevant for banking has undergone numerous transformations, some necessary in order to harmonize the Romanian legislation with that of European countries, with others creating volatility. In the last 5 years, the unpredictability of the banking legal framework accelerated via the recurrent increase in the number of laws and regulations adopted (about 50 new laws during 2014-2018). Five of them were considered fully/partially unconstitutional by the Constitutional Court. The positive side of this – we need to see also the good part of this situation – is precisely that, contemplating the high pressure on the industry, the public’s understanding and support for this industry have both gone up.

But, the unpredictable legal framework, the low level of financial literacy and a low level of economic welfare are the drivers that could slow down an adequate manner of doubling GDP/capital at national level.

The solution could be concluding a „gentlemen’s agreement” as regards assuring legal predictability in the next 10 years. This agreement should provide for periodic consultation with the financial industry, assessing the risk of the legal initiatives proposed via impact studies and assuring an open dialogue among the Government, entrepreneurs and banking institutions, via workshops and discussion panels, in order to assess the potential impact of legal changes.
For the companies which do not have enough collateral or which do not have the risk appetite of commercial banks, we should facilitate access to funding via guarantees and co-financing. The SMEs with a precarious economic standing (negative capital, falling profitability and liquidity) should concern the authorities. The ratio between commercial credit and financial credit is about 3:1, a situation which increases the risk of financial blockage, i.e. insolvency. In this case too, the solution is a legal one.

Enhancing financial literacy has been a desideratum of the banking industry. A solution for better financial integration is monitoring and fostering a European programme to enhance financial literacy. Thus, the cornerstone of this harmonization should be the introduction in the school curricula as mandatory financial education for all European Union citizens.

At national level, the authorities have taken, together with RAB, the first steps in drawing up a National Strategy for Financial Literacy. This is a long road that Romania needs to undertake, including as regards tactics’ implementation. Romania can and must enhance the level of financial literacy, and the involvement of the relevant „ambassadors” can lead to more importance given to this topic.

The fourth measure allowing for a better interaction between banks and customers via automation and digital technologies has the role of giving momentum to economic growth and to labour productivity, while contributing to less fiscal evasion. The enhancement of adopting digital technologies will make the Romanian economy become more attractive for investors and will contribute to the shrinking of the “underground economy”, consolidating the efforts of Romanian authorities in this field.

In addition, digitalization is an unprecedented opportunity to enhance the financial autonomy of millions of vulnerable people. Implemented with care, digitalization could bring about huge benefits for the entire community and for vulnerable groups particularly.

The measures proposed would bring about benefits for the Romania’s population and economy, on medium and long term. The Romanian authorities and politicians must turn into a priority the promotion – via legal measures and not only legal for that matter – of the tactics which could give momentum to lending, to bank intermediation and to financial literacy.